Duvets : Everything You Need To Know. 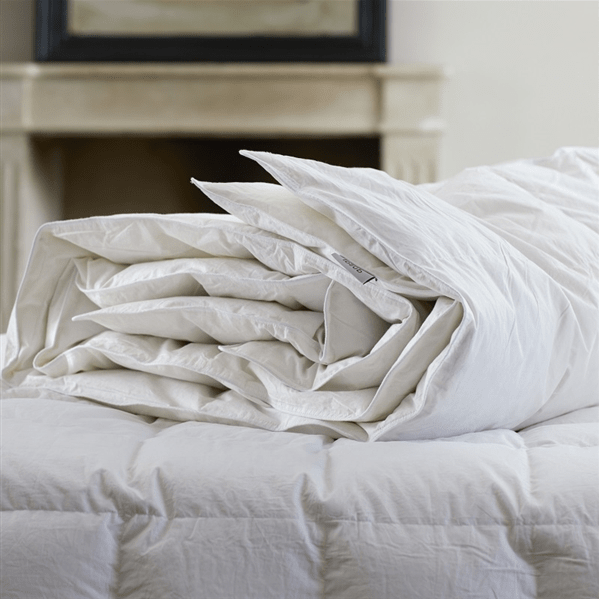 Buying a duvet can be a confusing task.  Lots of terms are used for quality and filling that are only used in the duvet and quilt industries so unless your an expert in Hugarian down or know your hollow fibres you may feel lost. We are always asked a lot of questions when it comes to new duvets so we've put together this helpful guide.  Hopefully, it will give you some extra knowledge and help you make the right choice.

Commonly these fall into the following:

Hollowfibre is a synthetic material that is an ideal alternative to naturally filled duvets.  For anyone with alleries to natural fillings it provides a duvet that is snug and warm without the need for feathers.

Hollow fibre is typically strand like in appearance, which when layered together trap warm air and keep you snug at night.  More recently with the advances in synthetic fillings new forms of fibre have been developed that have become better insulators.  One of the best hollow fibre fillings we've found is Dacron Comforel.  This polyester filling is round in shape and closely matches the feel of down duvets, it is also great in the wash as it doesn't gather and clump together as typical hollowfibre strands do.  One of the down sides of man made fillings is their shelf life.  Typically hollowfibre will deteriorate quicker over time and loose more heat when compared to a naturally filled duvet.

Feather and down duvets are the cheapest of the naturally filled duvets. They are mostly filled with either duck or goose feathers.  The filling amount is typically 85% although this can vary depending on the quality of the duvet.  The remaining part of the duvet is filled with either goose or duck down, these are the better quality feathers that are more efficient at trapping warm air.  When combined they make a soft, durable natural filling however because duck feathers have spines they do tend to stick through or be lost from the casing. This can be a pain if you catch one and if you lose enough feathers over time can result in a loss of quality.

Goose down duvets are one of the premium fillings for duvets.  The down feather has no spine (see below for more details) and is an excellent insulator.  As a result these duvets are usually extremely light but snug and cosy.  They are typically filled with 85 - 90% down with the remaining filling made up from duck or goose feathers, (although some down duvets can go up to 100%).  Although down duvets are a great insulator they can be too good.  For some sleepers the insulation can cause some discomfort, this is why when choosing your down duvet the tog is an important factor.

Silk is another premium duvet filling that has become more popular in recent years.  It is a natural filling that has several benefits that make it a better choice than all of the fillings above.  Silk is a natural temperature regulator that not only insulates but also cools. It is naturally hypo allergenic repels dust mites making it a great natural filling for those with allergies.  See below for more information. 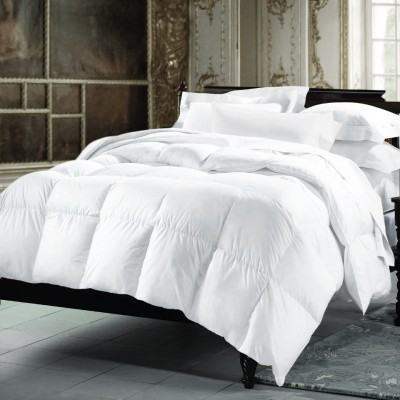 Whats the difference between feather and down?

This is a common question we are asked.  Although it is a term heard all the time when purchasing a duvet it is something that isn't often expained.

Feather is the duck or goose feather that covers the outside of the bird.  It has the typical appearance of any feather with a spine/quill in the middle and fine hairs on each side.  These feathers keep the bird warm and dry and also aid them in flight. They are flat in appearance which is why more are needed than down feathers to reach the same tog levels.

Down is another type of feather but is much more fluffy in appearance.  These are found underneath the outside feathers of a bird with a concentrated amount found on the belly.  The feather is much more clustered in appearance and can look like a large piece of fluff.  It is this that makes the down feather a much better insulator than standard feathers, because of there shape they are able to trap warm air much more efficiently.  Their structure also means they keep their shape much longer when compared to the flatter standard feather.

Where does the the best down come from? 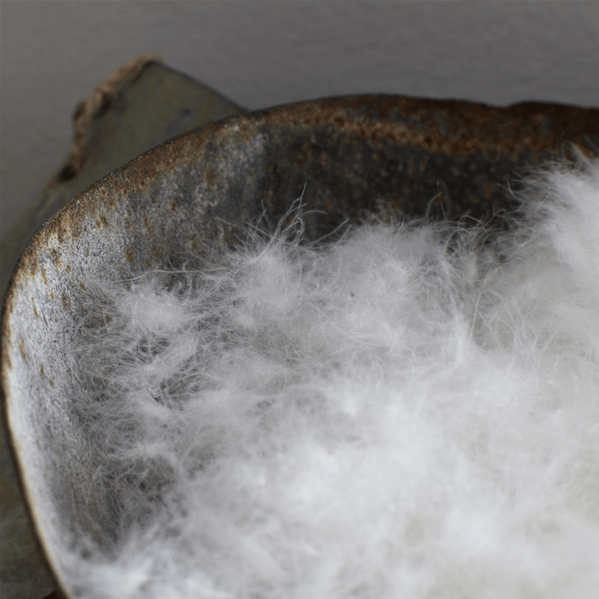 When looking for a duvet you will notice that sellers will tell you that one regions feathers are far superior to any other down feathers.  For instance Hungarian, Canadian and Siberian down has all been percieved at one time or another as the best region for down feathers.  This misconception comes from the belief that the colder the region, the better the quality of down feather, when all it in fact means is that the birds in those regions produce more down, the quality is no different.

In our experience it isn't the region that is a defining factor when it comes to quality but it is far more to do with the age of the birds, (more mature birds produce a better insulating down).

Duvet Filling : Feather vs Down

So far, it sounds like down feathers are the far superior filling for your duvet, but that isn't neccesarily the case.

When Feather is Better than Down for your duvet

Standard feather may not be as an efficient insulator as down but it is a great temperature regulator.  It will release heat and keep you at a nice warm temperature without getting to hot.

There is another down side to standard feather and that is the spines that do have a tendency to poke through the duvet casing.  This is both annoying and will affect the quality of the duvet over time if you loose to many feathers.

This may be why Down and Feather duvets are so popular.  With each feather bringing its own unique properties to the duvet and helping with body temperature and helping for a great nights sleep.

Why is Silk such a good filling for a duvet? 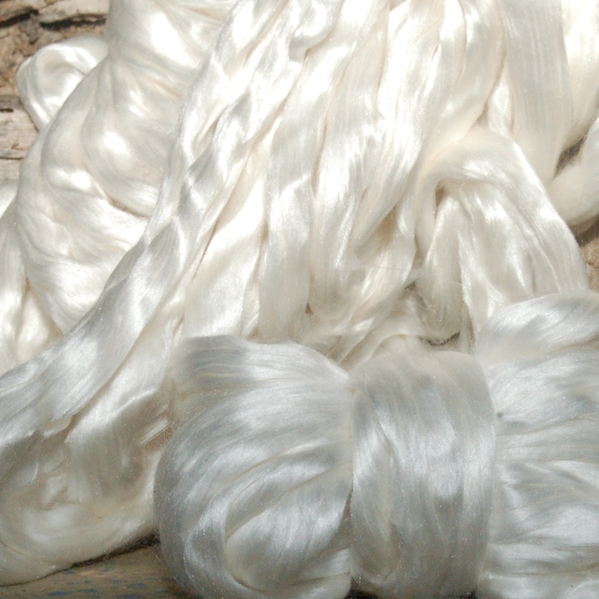 Silk isn't often thought of as a filling for duvets but it is actually one of the best fillings you can buy.  Mulberry silk is very similar to down feather but with added temperature regulating properties.

A silk filled duvet will keep you much more comfortable at various temperatures due to the unique way they trap heat and help to regulate your body temperature.  This in turn also reduces body sweat and bacteria build up, making for a healthier nights sleep.  The silk duvet also drapes over your body shape easily, hugging your body contours and reducing cold spots between you and the duvet.

Silk is also naturally anti allergenic and a great filling if you suffer from allergies.  Typically asthma and allergies are brought on by dust mites in the bed or duvet because the droppings left by these mites cause the allergic reactions.  Allergy sufferers should sleep soundly as silk is an inhospitable environment for dust mites and so will dramatically reduce the number of dust mites in the bed.

Both Fill Power and Tog Rating are measurements of warmth.  Tog rating is much more common and is used across nearly all duvet fillings, it is used to describe the warmth or 'thermal resistance' of a particular duvet. The ratings are higher the more effective or warm the duvet is with typical categories being 1 to 4.5 for ultra light weight, up to 9 to 10.5 for typically summer weight then up to 15 tog for the warmest winter weight togs.

Fill power is similar to tog rating but is used for some types of down feather.  It denotes the amount of down feather in the duvet which also gives an indication of quality.  The higher the fill power will typically mean that the duvet is lighter because the down is better at trapping warm air and is of a higher quality.  So, for example if you don't want your down duvet to be too light and have some weight you would choose a duvet with a low fill power, this would have a higher amount of feathers and therefore have a bit more weight.

So they're you go.  Hopefully our little guide will help you make you decision when it comes to the best natural filling for your duvet.  If you think we have missed anything out or have you own opinion please leave us a comment below. :) 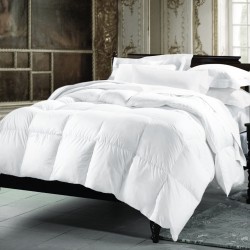 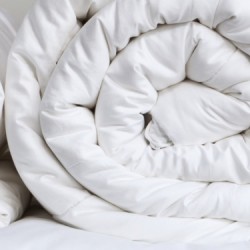 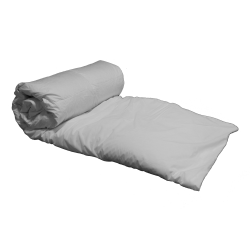 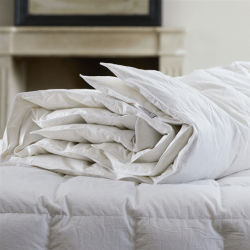 Emperor Siberian Goose Down Duvet
£494.99
Add to Cart
Add to Wish List
Compare this Product
Rated by Google
More About Us 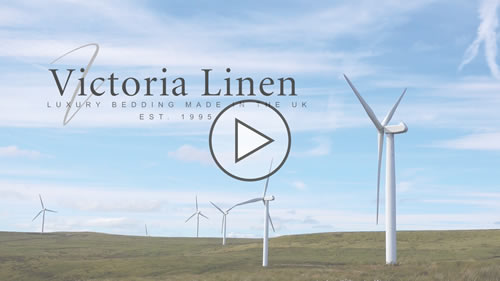